Dentistry over the years has continuously improved to cater to the dental health needs of each patient. Technological advances made way to the improved treatments and services that are focused on the different fields of dental health care.

To prevent the development of any health concerns, performing precautionary measures is necessary. Thankfully, a highly useful diagnostic tool has been discovered and improved that can help in the detection of any forms of damages that are not easily seen by the naked eye. Though it was considered one of the most significant achievements in the field of medical science, it was not used in dentistry until the later years.

At Stamford Dental Spa, we help in the early detection of damages or diseases by offering Dental x-rays. Despite the effectiveness of various dental treatments and procedures, there are still some factors that can cause damage to any of the oral structures. Dental x-rays are usually performed as a part of regular checkups to detect and reverse the earliest signs of damage to prevent it from worsening. 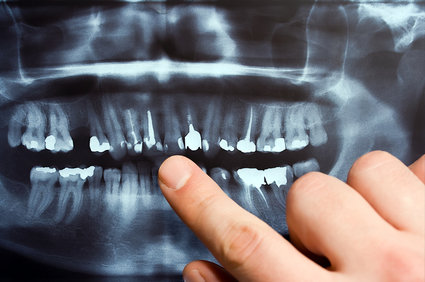 The History of X-rays

A German Physicist named Wilhelm Konrad Röntgen discovered the x-ray in 1895. It was when Röntgen was experimenting and studying tubes (Lenard and Crookes) that there was a fluorescent glow on the table he was working on. It was due to the cathode rays or energetic electron beams used when creating the tubes. Röntgen tried placing a black paper on the tube that would block the glow, but it only seemed to pass through.

As time passed, Wilhelm Röntgen tried to experiment on different materials and found out that it could not pass through bone and teeth, but through the tissues instead, creating a shadow. The first experiment conducted by the physicist with the x-ray was performed using the hand of his wife.

Since scientists tend to use “x” to describe something that they are not fully aware of, Röntgen named his discovery as X-ray. Some attempted to change the name to Röntgen Rays, but the original name was used up to the modern times. After its discovery, it was used for industrial application, but doctors and dentists were quick to adapt to the new technology.

X-rays have been proven to be a highly significant discovery in the medical field as well as in dentistry. It helps in the early detection of complications that are developing in the areas that are not easily seen by the dentist. Early discoveries are significant since if a complication is left unattended, it can worsen, causing pain and discomfort which may require the need for intensive procedures.

Dental x-rays can guarantee that the early signs of dental concerns can be diagnosed so that recommendations for its effective treatment can be performed.

Suspect you have a cavity? Let us help you diagnose the problem as early as possible to preserve your teeth’s function. Avail of our Dental X-rays in Stamford, CT. Book an appointment with us at Stamford Dental Spa. Our dental office is located at 124 Broad St, Stamford, CT 06901.